Somehow, almost *20* years ago, I was in high school. It was loooong before Harry Styles and Lizzo, and top 40 music looked a little different. Back then, we decided if we liked a song based on how good it would look in our AIM profiles and away messages. Most of the music in my AIM profile and away messages consisted of songs by bands like Pearl Jam, Oasis, and Third Eye Blind. But I also featured many lyrics from the songs that came out during the four years I was in high school (2002 – 2006, represent).

I hated this song but it’s making an appearance due to popularity.

Why? WHY did Will Smith attempt a musical comeback?

Okay — I was obsessed with P!ATD for a few months and I can honestly now say I have no idea why. This song is not that good. UGH.

The easiest song to play on guitar… because I tried to play for, like, a week and gave up.

88. Since U Been Gone – Kelly Clarkson

What’s with the U? This was the anthem of every single teenage girl. I will never forget when they played this at cheerleading camp. So. many. screaming. girls. AHH.)

Nate was way better in The Format, right?!

So, like, Mase made a comeback song and then went, umm, where did he go?

Seth Cohen loved this song so naturally, I did too

HE RAPPED SO FAST

This might be the most annoying song in the world, but it was in Mean Girls, so it’s basically a staple by default.

One of my MySpace songs.

48. Make Damn Sure – Taking Back Sunday

Remember when TBS had a new CD?

33. King Without a Crown – Matisyahu

People freaked out over Matis because he was, like, a rabbi with a long beard and that was/is sooo cool.

The female’s anthem — who doesn’t still love this song?

oh yes… Weezer made a comeback… Bev Hills anyone? This song was better.

My salsa? Thank you, Eminem.

I had no idea who Maroon 5 was when this came out — but I effing loved it.

Yup —  also one of my favorite songs ever.

Well, this is actually one of my favorite songs… so including it.

14. I Want To Save You – Something Corporate

Okay, basically any SoCo song would do. Thanks to The OC, I really believed I was from California and would listen to this on repeat with my eyes shut dreaming of palm trees.

13. Cute Without The E – Taking Back Sunday

I’m looking for a dime…

I seriously thought I was in California… I would always put this on in Hollister. Always.

4. Get Low – Lil Jon and the East Side Boyz ft. Ying Yang Twins

Who were the East Side Boyz and what happened to them? 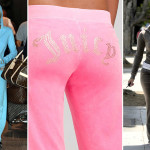