There were a lot of websites back in the day, but nothing beats the 2000s websites we browsed in the early ’00s. There weren’t a trillion websites like there are today, but there were enough to browse after school and during ~keyboarding class~. (Do schools still have keyboarding class btw? Or no because kids have been using keyboards since they came out of the womb and I’m really old??)

If you are old like me, you will remember these 2000s websites like you were on them yesterday. From websites to make dollz to the websites we made ourselves, these are 10 websites us 2000s teens will never forget.

I needed to know what Mr. Jones was really about so I could make sure the lyrics in my AIM profile were actually reflective of my thoughts and feelings at the time. I also wanted to know what Pearl Jam was referring to with the term/song name ‘Yellow Ledbetter’ (I still have no idea).

THIS IS STILL A WEBSITE YOU GUYS. THIS. STILL. EXISTS. Sorry, minor freak out. Anyway, I spent a decent amount of time in 7th grade learning basic HTML. I definitely didn’t ‘waste’ time learning <b> is for bold and <i> is for italics, but I certainly spent a lot of time learning these things at age 12 when I could have been, oh I don’t know, living a normal pre-teen life.

Sadly, Expages do not still exist, but I guess it’s not that sad because websites are a lot better now. My Expage was on fire though. Literally. I think I had animated flames on the page. If I can recall correctly, I believe one of my websites was called ‘glittrgrl’ after one of my many AIM screennames.

Dollz all had hot bods and the best hair. I actually aspired to look more like an internet doll in 2001 than I aspired to look like a hot celebrity in a magazine. They also had *boss* fashion. I dressed the ones I wanted to ‘look like me’ in Abercrombie and Fitch (side note: none of them looked like me), and I dressed my gothic dollz (aka the super hot dominatrix ones I secretly aspired to be like outside my A&F facade) in clothes that usually had flames and stuff on them. I put these dollz on my Expage website – and I printed them out and glued them to my agenda at school, writing the names of friends the dollz were supposed to represent in black sharpie beneath them. This was a weird fad, but it happened and idk why.

Everyone had a super cool website with animations, tour info, and photo galleries. Okay, most artists still have websites, but their old websites were sooooo 90s. MTV gives an awesome glimpse into our past here.

My HTML knowledge came in handy here too, as I knew the right codes to change the font type, size, and color to make my profile really pretty. While I spent way too much time crafting my Subprofile, I spent even more time monitoring who viewed it. I also spent a decent amount of time viewing other people’s subprofiles and changing the URL to show a random screen name instead of mine so people would not know I viewed their profiles. I was the stealthiest internet prowess of the early 2000s.

I never had a Neopet so idk what all y’all were doing on Neopets.com in the early 2000s, but you were doing it so I didn’t want to leave it out. I believe Neopets were digital pets? The only digital pet I needed back then was my tamagotchi and later my dollz.

This was an important part of my teenage years. We signed on to AIM Express to talk to each other when we were sitting right next to each other. Laugh all you want, but we totally do this all the time now with our phones. We just didn’t have texting back then, so basically AIM Express was the beginning of the end.

And later Xanga.com for the really emo souls.  Being emo was cool in the early-mid 2000s, so writing a Live Journal about how much you hated everyone and everything and how you thought about slitting your wrists but didn’t because it would hurt and you aren’t actually that emo IRL tbh was the thing to do. Live Journal was like the beginners guide to blogging, except much darker and angrier. Long live Live Journal.

My time from 2004-2006 was spent mostly taking selfies with the self-timer on my digital camera to post on MySpace, picking a song to play on my MySpace that really captured me, and decorating the hell out of my MySpace theme to really show my personality (and show off my HTML skills). This sounds ridiculous, but everyone was doing it. You made people aware of who your friends were on MySpace (top 8 shoutout), which was basically the same thing as picking bridesmaids – a friendship tier. Relationships even started from MySpace. Like, I knew someone who met a guy on MySpace. And if that isn’t enough nostalgia for you, I’d like to give one final shoutout to the creepy 35+ year old men who friended teenage girls and sent weird ass messages saying things like ‘hey girl, you beautiful’ and ‘you look like a cool girl, can i get to know u.’ Gross. 2000s websites were weird. It’s fine. 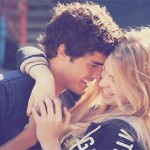 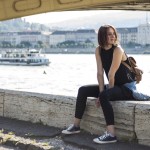