Last week we introduced you to Hpnotiq’s #SparkleLouder contest. If you don’t remember, they’re giving away a trip to the ultimate New Year’s Eve destination — NYC, duh — for the holiday. Yes — thats right. They want to send you and and three friends to New York City for two nights to watch the ball drop in Times Square.

If you haven’t entered yet you still have time! The last day to enter is Sunday December 8th, but if you enter now you’ll increase your chances of winning one of their other prizes. Each week until the grand prize winner is announced, Hpnotiq is giving away four EFFY rings each week, so don’t miss out.

You can enter the contest here: http://www.hpnotiq.com/SparkleLouderContest. After you enter, let your friends know on social media and be sure to use the hashtag #SparkleLouder.

Upon entering, you have to upload a picture showing how you plan to Sparkle Louder on New Year’s Eve and make the pic “SparkleLouder” using their app to make your photo shine! Submit a picture of a glam outfit, a cute selfie, or a pic of you and your girlfriends raging. Check out mine:

Read about how I made the picture sparkle here.

That pic was taken two years ago at a bar with some friends. I’m not sure what I’m doing this NYE yet, but if I had to choose it would be a wild night out with my best friends. Of course, where we go wouldn’t matter as long as dancing, drinking, and a good DJ is involved. Who you’re with is what matters most… right?!
What about all of you? Dancing at a club? Night out at a bar? Casual drop in at a dive with no cover? Cocktail party at a friend’s apartment? A night in with the boy and a bottle of wine? Yeah there’s a lot of options, but you’ve only got a few weeks left to plan! It’s never too early to start planning, but it can definitely get too late — so start now!
No matter what I do, I’m sure I’ll be drinking (hi… have you met me?). Here is my favorite Hpnotiq cocktail that I’ll be sure to making on NYE (or this weekend, why not?). It’s called a Sparkle-Tini and just LOOKING at it makes me thirsty. Like, umm, where is the weekend? You can find the recipe for the Sparkle-Tini and other Hpnotiq drinks here. 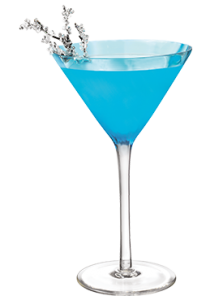 Whether you want to believe it or not, New Year’s Eve is right around the corner. Start your planning now and enter Hpnotiq’s #SparkleLouder contest! Who wouldn’t want to start the New Year with friends, a free trip, and a whole lot of fun? Good luck! 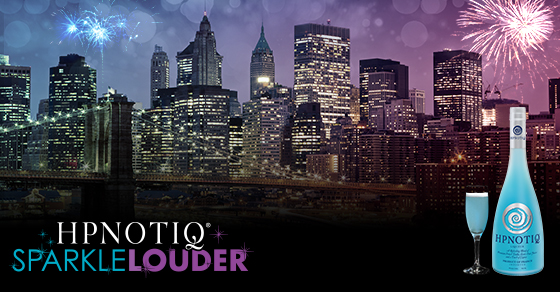 [Disclosure: This post is sponsored by Hpnotiq via Single Edition Media. All opinions are my own.]
hpnotiqnew year's evenew york citynycNYEsparklelouder 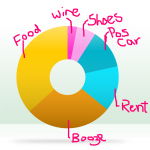 50 Things to Stop Doing Before You Turn 25